The first full-field PGA event of the year tees off Thursday in Honolulu, as the Sony Open in Hawaii will be played once again at the gorgeous Waialae Country Club. The course this weekend sets up as a par 70, will be putt on Bermuda greens, and measures just over 7,000 yards.

Contrary to some of the more well-known courses on the PGA Tour, playing in the Tournament of Champions the week before the Sony Open has produced very positive results, with seven of the last eight winners at Waialae playing in the Tournament of Champions tour the previous week. The course is more on the favorable side of scoring relative to par, but the two main pieces that golfers will need to have are a strong putting performance and Strokes Gained: Approach-the-Green (Measured player performance on any shot within 30 yards of the edge of the green without measuring putting). Traditionally, the winner of this specific event has been able to excel in both those categories.

It’s easy to conclude that the Seahawks have the easier matchup this week based simply on W/L records. San Francisco faces the 8-6 Rams while Seattle takes on the 4-9-1 Cardinals.

Justin Thomas is the hands-down favorite to win this weekend, as he’ll try to make it two winning weekends in a row after his impressive performance at the Tournament of Champions this past weekend. Thomas has already won the Sony Open before, dominating the field in 2017 and setting a course tournament record of 253. He currently has +135 odds to record a Top 5 Finish and +550 odds to win the tournament (next closest is a tie between Patrick Reed and Webb Simpson at +1200). Since the tournament’s establishment in 1965, there have been five multiple winners, with Jimmy Walker being the last to repeat as champion (won back to back in 2014/2015).

Thomas is rolling and should be the first person you consider laying any sort of money on this weekend.

We will start with the Texans. The Texans have already seen this Chiefs team, and they looked good against them. They pulled out a win of 31-24 win over the Chiefs mostly due to their rushing attack. They scored three rushing touchdowns against the Chiefs. Two of them were from Deshaun Watson, but they also had an excellent performance from Carlos Hyde, who had 26 attempts with 116 yards and a touchdown. The Chiefs glaring problem at the beginning of the season was their weak front seven. They have improved significantly, and that has helped them against the running game. Over the past four weeks, the Chiefs have allowed 355 yards on the ground and two rushing touchdowns. Compare that to the first four weeks, and you see a drastic change. During the first four weeks of the season, the Chiefs allowed 599 rushing yards and four rushing touchdowns. The Texans are going to have to find another way to win on Sunday because their rushing attack won’t be able to win it for them like the first game.

t’s definitely an ugly time in the world financial markets as they’ve been hit by the double whammy of the COVID-19 virus and the oil price war that has resulted from the collapse of OPEC talks. With the markets awash in red ink, sectors such as travel and leisure are getting hit particularly hard. So to is the casino gaming industry. The carnage for gaming stocks began with casinos in Macau closing for 15 days due to the COVID-19 situation in China. They’ve since spread to companies with little to no exposure to the Asian market. 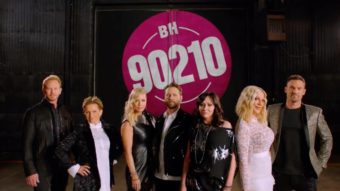 With gaming stocks trading at or near 52 week lows a number of companies have become very attractive to the long term investor. The companies in this list have a good position for growth in the US sports betting market. Since it is primarily a mobile based activity, sports betting is one type of gaming that could continue to flourish even if the COVID-19 situation worsens. Experts have talked about the ‘stay at home’ economy for years and the current climate has only hastened that already existing trend. Sports betting is one of the few types of gaming that is viable in the ‘stay at home’ marketplace.

Two of the companies below provide the ‘plumbing’ for sports betting platforms and the other is a regional gaming operator that should benefit from Colorado’s entry into the sports betting marketplace. Colorado is expected to quickly become a major player in US sports betting yet is still ‘under the radar’ with traditional gaming analysts.

Last season, West Ham won at home 1-0 though Arsenal won 3-1 at Emirates Stadium. Arsenal needs a win, if for no other reason than to placate their boosters who are growing restless at the teams poor play. This is particularly true after their home loss to Brighton last time out. It wouldn’t look good at all for them to lose again to a team even lower on the table. Arsenal should scrap out the victory here

Mike Garafolo joined NFL Media in 2016 as a reporter. He contributes to all NFL Media platforms, including NFL Network, NFL.com and NFL Now. Garafolo joins NFL Media from Fox Sports 1, where he covered the NFL nationally. Prior to that, Garafolo was a national NFL reporter for USA Today and a beat writer covering the New York Giants for The Star Ledger in New Jersey for eight seasons, including the Giants' victories in Super Bowl XLII and Super Bowl XLVI. For his work covering the Giants, Garafolo received an APSE award.

Houston, We Have A Problem

The King Reigns Over All-Star Voting

The Murky Future Of Foreign Gaming Investment In Macau