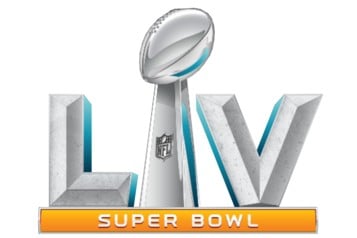 The Super Bowl is the annual championship game of the National Football League (NFL) matching the winner of the American Football Conference (AFC) against the National Football Conference (NFC).  These conferences were originally separate leagues but when the NFL merged with the upstart American Football League (AFL) they formed one league split into two conferences.  The merger deal was signed in 1967 and the first Super Bowl was held that year even though the two leagues wouldn’t actually merge until 1970.  At the outset, it wasn’t really a big deal to anyone except the teams involved.  It wasn’t even called the Super Bowl at the time.  The original name was the slightly cumbersome “AFL-NFL World Championship Game”.

The game wasn’t a huge hit the first time around it was successful enough that the league decided to continue into a second season.  Most everyone involved with the NFL including Commissioner Pete Rozelle knew that a bit of ‘rebranding’ would be necessary if the event were to gain popularity with mainstream sports fans.  The origin of the name ‘Super Bowl’ is credited to then Kansas City Chiefs owner Lamar Hunt.  Hunt came up with the name after watching some kids playing with a Wham-O product that was popular at the came called the ‘Super Ball’.  Hunt didn’t think much of it at the time and said so in a letter to Commissioner Rozelle in which he quipped:  “I have kiddingly called it the ‘Super Bowl,’ which obviously can be improved upon.”  Spoiler alert—it wasn’t improved upon.  Rozelle likedd the name that Hunt had coined and football fans and the sports media picked up on it almost immediately.

HOW TO BET ON THE SUPER BOWL

Many of the Super Bowl betting options are identical to any other NFL football game.  One primary difference is the sheer number of different and unique betting options available.  Even so, the most basic types of betting on Super Bowl games annually takes place on the side and total.

Times have changed and today the most lucrative type of wager for sportsbooks is Super Bowl prop betting.  This has happened for several reasons, not the least of which is the massive variety of prop bets on Super Bowl play every year.  Now you can find prop odds on every element of game play along with a variety of events that take place off the field of play.  Some popular prop bet types are alternate pointspreads where a player can lay or take a variety of numbers all with corresponding moneylines.  Player performance props are also very popular.  These props are often based on a player’s statistical output with the most common requiring the bettor to go ‘Over’ or ‘Under’ a number for rushing yardage, number of interception, longest pass from scrimmage, etc.  There are also ‘cross sport’ propositions that will match a statistical metric from the Super Bowl against one from a game being played in the NBA, NHL or soccer.

Props on Super Bowl game play bring in most of the betting revenue but some of the more unusual props attract the most attention.  One bet that has become popular in recent years is the Over/Under on the running time of the national anthem.  There are also prop bets on the halftime show with numbers set on elements of the performance such as specific songs played or the color of the performer’s hair.  Some sportsbooks get really ‘meta’ with their Super Bowl props and offer action on TV ratings, viewer reaction to commercials and even the amount of money wagered on the game in the state of Nevada.

In most years there is plenty of Super Bowl side betting action.  Just as soon as the NFC and AFC Championship games are over sportsbooks rush to get their Super Bowl odds up on the board both pointspread and moneyline.  For many years, the Super Bowl pointspread was the most important number set by bookmakers all year long.  The Super Bowl moneyline was also extremely important.  The nature of the game has changed and along with it betting on the Super Bowl has also changed.

It wasn’t that long ago that only ‘wise guys’ were interested in the Super Bowl total.  That has changed dramatically to the point that even the most casual sports fan have an opinion on the ‘Super Bowl over/under’.  One element of the game that has remained consistent is the mainstream popularity of betting on the Super Bowl ‘Over’.  A similar dynamic appears most years for Super Bowl total betting.  Once the number goes up, the recreational players and mainstream fans come in to bet the ‘Over’.  Once the number gets high enough, ‘sharp’ players and professional bettors swoop in to get a good price on the ‘Under’.  With such widespread attention on the Super Bowl total year after year this ‘wait and bet the Under’ strategy has been successful more often than not.

No longer is the majority of Super Bowl betting on the side and total for the game.  With a wider range of wager types available the majority of betting on Super Bowl action takes place elsewhere.  One major component is Super Bowl live betting.  Live betting on the Super Bowl is no different than any other NFL game though many sportsbooks will offer more live betting options than on a regular season game.  You’ll find Super Bowl live betting opportunities in countless markets including full game, half and quarter pointspreads and totals along with fantasy sports inspired odds based on player statistical performance.  Live Super Bowl betting will be the next form of action on the game that crosses over into the mainstream as sports betting becomes more and more popular in the United States.

Little did Hunt and Rozelle know at the time that they were at the genesis of a game that would ultimately grow in size and scale to the point that it transcends sports.  It is now for all intents and purposes a national holiday in the United States and the game’s popularity is starting to increase worldwide.  At this point, it is much more than just a championship game and has major significance in a wide range of industries.  The Super Bowl halftime show has become a major media and entertainment industry event.  Every year, top recording acts perform free of charge simply because there is no other platform where they can gain exposure to so many people at one time.  It’s also a huge day for the advertising industry, the fast food industry, the beer industry and countless others.

The Super Bowl is also the biggest betting day of the year for North American facing sportsbooks.  The  Nevada Gaming Commission began releasing Super Bowl specific wagering data in 1991 when the game between the New York Giants and Buffalo Bills attracted just over $40 million in action.  The books won just over $3.5 million in profit for a hold of 8.8%.  In the past decade, the amount of money bet on Super Bowl action annually has skyrocketed.  In 2014, Super Bowl betting action broke the $100 million plateau for the first time as nearly $119.5 million was wagered on the game between the Seattle Seahawks and Denver Broncos.  The game also set a record that still stands today as bookmakers took down $19.6 million in profit for a hold percentage of 16.5%.  The 2018 Super Bowl set a record for handle with over $158.5 million wagered but the books managed to scrap out a profit of only $1.17 million for a hold percentage of 0.7%.

There have been ups and downs in terms of hold percentage and profit from Super Bowl betting but the ‘house’ has very rarely failed to turn a profit.  In fact, since Nevada began releasing data for the Super Bowl in 1991 sportsbooks have only lost money on the game twice.  The first time was in 1995 when the San Francisco 49ers beat the San Diego Chargers.  NFL betting enthusiasts wagered $69.5 million on the game and sportsbooks lost $396,674 for a negative hold percentage of -0.6%.  The only other year that sportsbooks have ended up ‘in the red’ came in 2008 when the New York Giants upset the undefeated New England Patriots.  Just over $92 million was bet on Super Bowl Sunday and books lost just over $2.57 million for a negative hold percentage of -2.8%.

Internationally, there is only one single day event that brings in more betting action than the Super Bowl—the Champions League soccer final eclipses Super Bowl betting worldwide.  In the US, the first four days of the NCAA basketball tournament aka ‘March Madness’ nearly doubles the amount of money bet on the Super Bowl but not on one day.  There is definitely more money bet internationally on soccer’s World Cup and possibly the European Championship (eg: Euro2020) but these events aren’t held every year.  Interestingly, there’s definitely a considerably higher amount of Super Bowl betting internationally than there is Champions League Finals betting in North America.