No Legal Sports Betting In Massachusetts For Now

So maybe the epicenter of the US sports betting industry *won’t* be in Boston after all. After a provision to regulate sports betting in Massachusetts gained a lot of momentum in the House it died an undignified death in the state Senate where it was unceremoniously dumped from a wide ranging economic development package related to the COVID-19 pandemic.

There was a certain amount of poetic justice that sports betting regulation was ‘tacked on’ to a purportedly unrelated bill–that’s the sleazy tactic that Bill Frist used to get the Unlawful Internet Gambling Enforcement Act (UIGEA) codified into law back in 2006. The big difference is that Frist buried what would become the UIGEA into a completely unrelated piece of legislation dealing with port security. The Massachusetts legislation is intended to create jobs and that made sense as a vigorous and competitive sports betting marketplace in the Bay State would do exactly that. It doesn’t bode well for the future of sports betting in Massachusetts that no one in the State Senate understands the linkage. With the state facing a budget deficit as high as $6 billion they could really use the revenue that sports betting would generate.

The framework for sports betting in Massachusetts was surprisingly good. Oversight would have been provided by the state’s gaming commission and anyone over the age of 21 could place bets at casinos, racetracks and slots parlors. The more interesting component concerned mobile and online betting–companies could operate online/mobile wagering platforms without having to be tied to an existing gaming licensee. That would make Massachusetts the first state in the US with ‘untethered’ online gaming and it would have created a competitive marketplace to rival Nevada or Colorado.

Licensee fees were set at reasonable amounts: An applicant would need to pay a $250,000 application fee, if approved and issued a license, pay a $100,000 renewal fee to the Massachusetts Gaming Commission after five years. Operators would have to pony up another $50 grand for a ‘temporary license’ in order to take bets while their final license was being processed. The tax rate was set at 15% which would have put Massachusetts on the high end of the spectrum but not at the obscene level of states like Arkansas (20%) and Pennsylvania (36%). There was also a controversial ‘excise’ tax of 1% of betting action generated on sporting events held in Massachusetts that would have gone to the event venue owner. That means that Fenway Park would get 1% of the betting action on Boston Red Sox home games.

ULTIMATELY, POLITICIANS JUST DON’T GET IT

At least the Massachusetts Senate must have had a good reason for removing the sports betting provision from the economic development legislation, right? Not really….legislators balefully and repeatedly commented that ‘the time is not right’ but didn’t give any real justification of why something that actually would create jobs and attract business to Massachusetts didn’t belong in an economic development bill. The reaction of Sen. Michael Rodrigues, chairman of the Senate Ways and Means Committee, is typical:

“As it relates to sports gaming, sports wagering, I believe that certainly the time is close when we are going to be tackling this issue, but the time is not now. Nor is this the proper vehicle to do so in.”

Senator Eric Lesser, chair of the Joint Committee on Economic Development and Emerging Technologies, gave a comment that is even more inexplicable:

“This specific bill on this specific day, which we pointed out earlier in our session when debate began is about an emergency response economically to the coronavirus depression that we find ourselves in. At this specific moment, we need to hold.”

What? In what alternate reality is the creation of a lucrative new industry *not* a suitable response to economic difficulty? Presumably he means that only handouts from state government should be included. At least Michael Brady–one of the proponents of sports betting–understands what is going on here:

“This was an important piece of legislation and amendment put forth in this economic development bill that we’re doing today that would help people out.”

IS SPORTS BETTING IN MASSACHUSETTS ‘INEVITABLE’?

What isn’t ‘inevitable’ is a favorable regulatory framework for sports betting. Chris Grove, managing director of sports and emerging verticals for Eilers & Krejcik Gaming, thinks that sports betting will eventually come to Massachusetts but it might take some time. And therein lies the problem:

“File this under when and not if. When you’re looking at comments coming out of Massachusetts from the Legislature, I think the reality is there are a lot of stakeholders that believe they deserve a seat at the table when a sports-betting bill is under consideration and getting consensus from those stakeholders is a complicated process that is highly unlikely to happen overnight. Fast-tracking sports-betting bills is going to be a pretty tough hill to climb.”

I’ll paraphrase Grove’s accurate observation–you won’t see sports betting in Massachusetts until a roster of special interests get their grubby fingers into the pie. Here’s my prediction for how sports betting will look when it finally does come to Massachusetts: you’ll see a higher tax rate, higher licensing fees and at least a few silly concessions like ‘no live betting on in-state college teams’ or something like that. You won’t see ‘untethered’ online/mobile sportsbooks. The legacy gaming industry will have to get their cut as has become the norm. If there is ‘untethered’ online/mobile access you can be sure that the number of licenses will be limited. If you think a state that has allowed only three casino gaming licenses will create a free market for online/mobile sports betting you’re dreaming.

Sports betting is no different from any other industry. All that is needed to bring jobs and investment into the state is to create a climate favorable to that industry. Unfortunately, there’s a reason that only a handful of the states that have legalized sports betting have done that–instead of creating a ‘favorable climate’ for a vibrant and competitive sports betting market place politicians and ‘stakeholders’ make sure that they keep all of the economic benefits for themselves. The sports betting provisions in the economic development legislation were likely Massachusetts’ last, best chance for a good sports betting ecosystem. 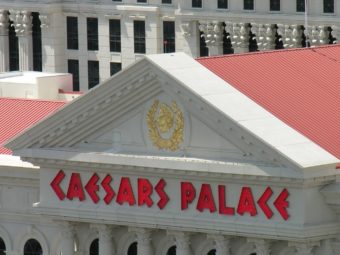